A case for Barbra Streisand as the most revolutionary of performers

By Neal Gabler – The LA Times. 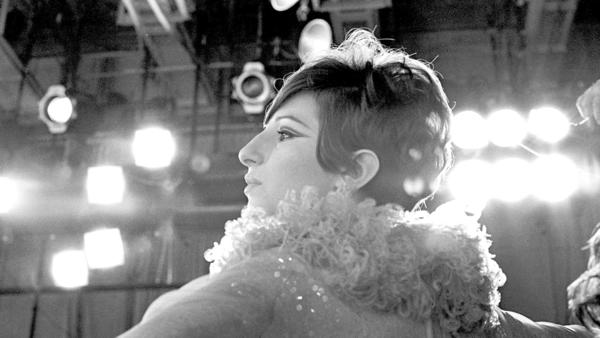 Barbra Streisand just turned 74, which may make her a grande dame to the generation in which she came of age and quite possibly a relic to a generation of millennials who may scarcely know her, except possibly as their grandparents’ Adele.

That is not an unfair comparison. You could say that Adele is the Streisand of our time, a performer who has the same stratospheric vocal talent Streisand has and draws on many of the same emotional wellsprings as Streisand. But one of the most notable things about Streisand is that there never was anyone like Streisand before Streisand. She arrived sui generis and rapidly proceeded to change entertainment as few performers ever have.

That isn’t to say that there haven’t been plenty of performers who exhibited genius. It is to say that only a handful of even the best redefine their profession: Marlon Brando, certainly, for restyling acting and creating a mold that nearly every subsequent American actor would attempt to pour himself or herself into as well as setting an impossibly high standard for those actors. Elvis Presley for fusing black rhythm and blues with white rock. The Beatles for reshaping rock in a British pop idiom and then taking it to new and more sophisticated places that compelled other musicians to follow. Richard Pryor for showing how comedy could become a lens through which to view our personal and social foibles, especially our racial ones.

Streisand certainly belongs in that company. In purely performance terms, she was, almost from the inception of her career, not only an exceptional singer but a different kind of singer. She acted her songs, so that it seemed as if she were speaking the lyric, dredging it from her innermost self, and creating an intimacy that few singers ever had. She sang meaning, not melodic lines.

And she fitted each song to herself, through inflection, elongation, pronunciation. She is, unquestionably, the most influential female vocalist. Listen to Mariah Carey, Celine Dion, Whitney Houston, Christina Aguilera and Adele, to name just a few, and you are going to hear strains of Streisand.

But her singing, as important as it is, may actually have been the least of what made Streisand arguably the most revolutionary of performers. The most important may have been that she changed the very prerequisites for stardom. Before Streisand, , female entertainers were first and foremost functions of their looks and, in the movies, cognates to the men against whom they played. But not Streisand.

For one thing, she was not conventionally beautiful enough to be considered ornamental. When she started out, the constant refrain she heard was that she was too ugly to be a star and that for starters she would have to get a nose job. To her everlasting credit, Streisand batted away the insults and refused the nose job. Instead, what other female stars were compelled to do with beauty, Streisand did with personality and talent, and in so doing she blazed a trail for other women who also didn’t conform to the typical male-defined aesthetics.

You can almost hear the criticisms: Lady Gaga is too kooky and outré. Melissa McCarthy is too big and vulgar and unfeminine. Adele is too chunky. BS (Before Streisand), these reproaches might have stuck. AS, we see them to be as ridiculous as they sound. That is Streisand’s influence. She made it safe for a woman to be indecorous, though in the process she also helped redefine not just what was acceptable but also what was beautiful. Streisand introduced an entirely new aesthetic of attractiveness, and we are all the better for it.

That alone would constitute a revolution. But at the same time, she redefined our traditional relationship to the performers we adore. BS, the usual transaction between audience and entertainer was a vicarious one. He or she fulfilled our dreams. AS, the transaction was, for many stars, not fulfillment but identification. She didn’t look like a movie star. She looked like us, talked like us, acted like us, suffered like us. And in doing so, she paved another path for both male and female stars. She made them Everymen and Everywomen. That was another revolution.

Streisand may have been more responsible for empowering women in entertainment than any other figure.  — Neal Gabler

And then there was the more practical revolution. Streisand may have been more responsible for empowering women in entertainment than any other figure. Just as she was not a cognate to her male costars — when her “Hello, Dolly!” leading man, Walter Matthau, groused about her to Twentieth Century Fox head Richard Zanuck, Zanuck said, “The film isn’t called ‘Hello, Walter!'” — she was no handmaiden to the industry.

Not even 21, she struck a deal with Columbia Records to take less money in exchange for full creative control. In time, she helped found First Artists, a consortium of movie stars that permitted them to make the films they wanted to make, not the ones the studios forced them to make. Eventually, Streisand began directing her films as well, which prompted detractors to rail that she was an egomaniac, a diva, and a bitch, though what many of them were really saying was that a woman shouldn’t have had the temerity to invade a male bastion. By shaking off the attacks while directing creditable films like “Yentl” and “The Prince of Tides,” Streisand effectively stared down her own industry when no other woman could.

Of course, real revolutionary stars not only change their art or their industry, they also change their culture. Streisand did that too. She fortified feminism. She became the standard bearer of the marginalized — women, gays, minorities, ethnics — and gave them a hero and a voice. She prioritized inner beauty over outer beauty. She demonstrated that power and femininity were not mutually exclusive. And no doubt she emboldened every girl who had ever been told she wasn’t attractive enough or good enough.

Streisand did all those things. But none of them would have been possible if she hadn’t redefined entertainment first. If it is a different industry than it was when she first came on the scene more than 50 years ago, it is in no small measure because Streisand, through the force of her personality and the enormity of her talent, helped make it so.

Gabler is a senior fellow at the Lear Center at USC and the author of “Barbra Streisand: Redefining Beauty, Femininity and Power,” published this week by Yale University Press.”