Barbra to perform at Madison Square Garden – The first time in 13 years!

Friday, June 7th – New York, NY – For Immediate Release. Barbra Streisand will bring her legendary live performance home to New York City’s Madison Square Garden for the first time in 13 years it was announced today by her longtime manager Marty Erlichman. “There are no fans like New York fans!” said Streisand, “and I can’t wait to return to Madison Square Garden to perform some new songs, some old songs, and anything I find in between.” Reviews from her last tour reciprocated the love with glowing comments from critics and fans alike wherever she performed.

“Streisand transcends show business. The career she displayed through song and visuals is unlike anybody’s. There won’t be another Streisand – the singer who dared to act, the movie star who dared to direct. To borrow from one of her signature tunes, the audience who witnessed Streisand in concert were, indeed, “the luckiest people in the world.” Miami Herald

“Streisand’s concert felt like a homecoming. Her pristine delivery was thrilling!” Newsday

A true icon and arguably one of the most important artists of the last half-century – Barbra Streisand will make her return to Madison Square Garden Saturday, August 3rd. Tickets for this very special show go on sale Monday, June 17th at www.ticketmaster.com.

“Song after song, Streisand’s performance could double as a master class in singing.” The Guardian

Tickets will be available here:

Schedule is as follows: 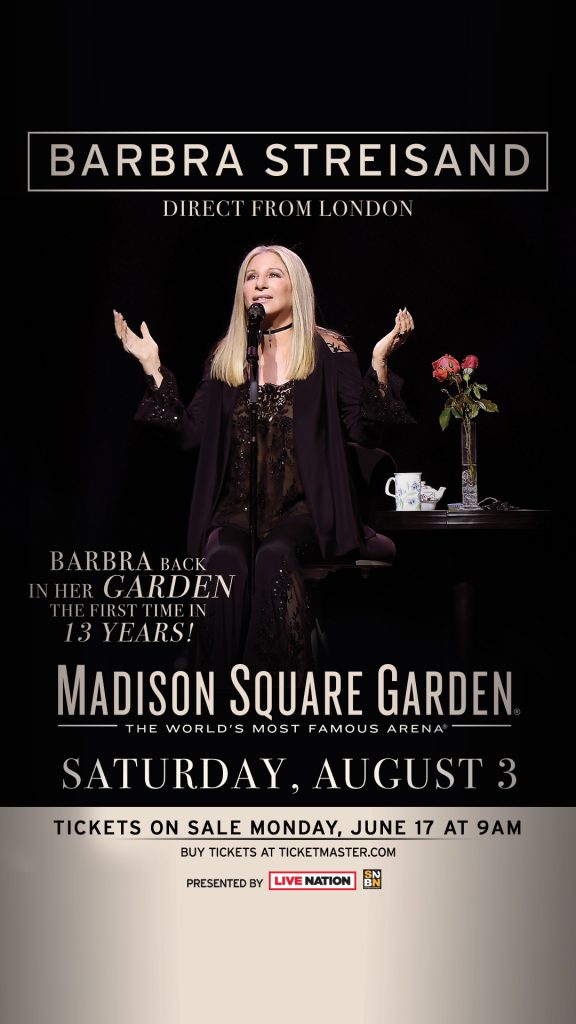