Back to Brooklyn debuting as CD/DVD package on November 25 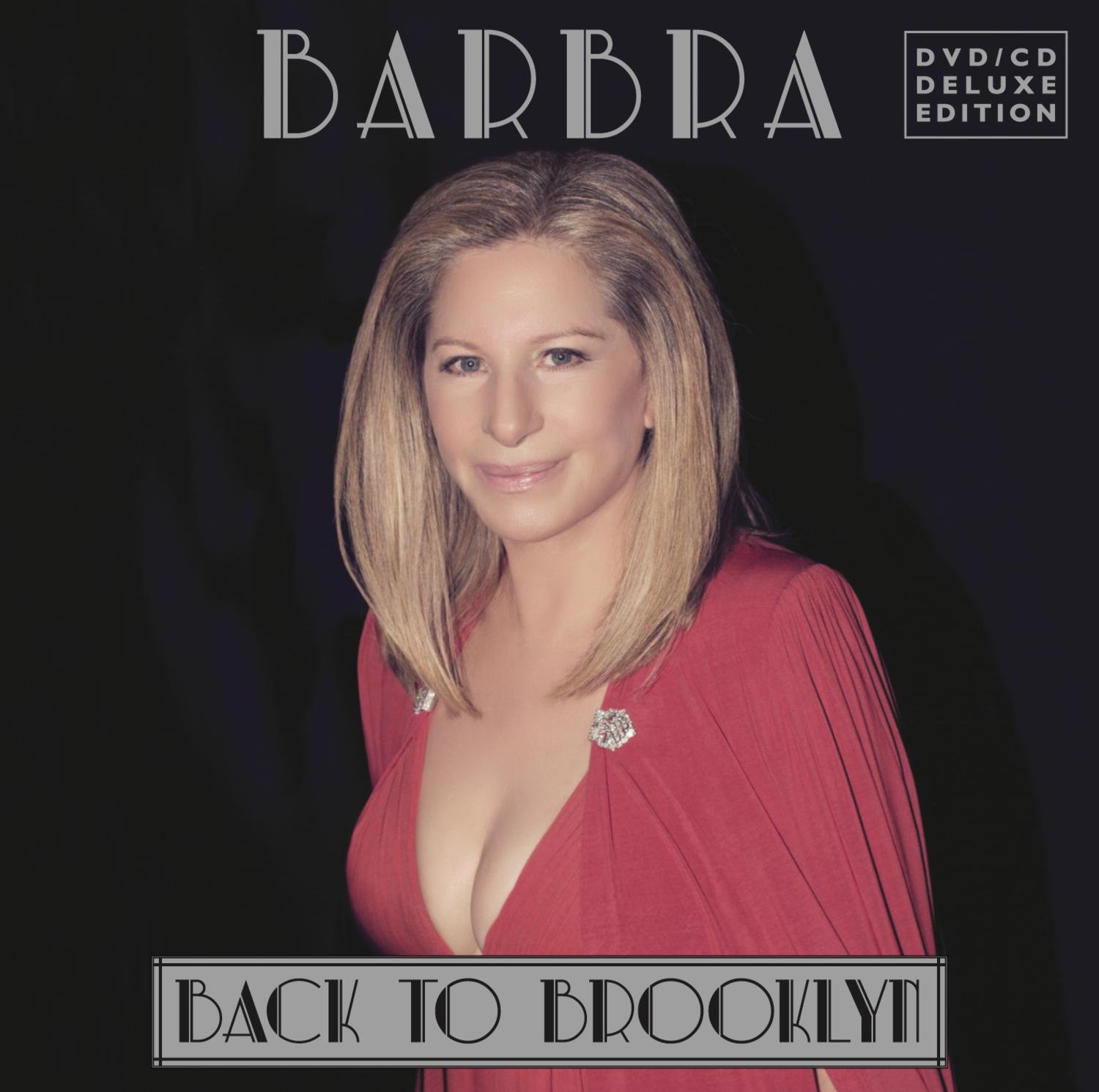 Columbia Records has announced the simultaneous release of a CD and a CD/DVD package of Barbra’s critically acclaimed 2012 “Back To Brooklyn” concert, set to be released on November 25. Filmed and recorded over two nights, the CD and DVD capture the superstar’s celebratory return to her hometown of Brooklyn, NY.

Pre-order the CD/DVD now on Amazon.com!

A unique and compelling attraction of “Back To Brooklyn” is that the CD and CD/DVD combo features nine never previously performed songs by the star in concert. Ms. Streisand is the only recording artist to have accomplished #1 albums in five consecutive decades. She has achieved 51 gold albums, 30 platinum and 13 multi-platinum. Streisand has also earned eight gold DVDs, six of which have gone platinum and three of which have gone multi-platinum.

The DVD provides biographical video and still photo images of Barbra’s childhood and early career. The evening marked her first musical performance in her native Brooklyn since she departed at age 16 to pursue her acting career and became one of the most popular and famous musical performers of her time. Throughout the concert, she reflects upon her years growing up in Brooklyn, and to mark the occasion, she commissioned special lyrics for two songs:

ACT I opens with Andrew Lloyd Webber’s “As If We Never Said Goodbye,” which she turns into an homage to “the Brooklyn docks, the nova lox” and other fond memories of the sights and sounds of her youth. When she triumphantly sings, “I’ve come home at last,” the audience rises from their seats with a thunderous welcome back ovation.

ACT II pays tribute to the people and places in Brooklyn today, with a re-written lyric to Cole Porter’s “You’re The Top”: “You’re the top, you’re a Brooklyn trolley… you’re the top you’re a hot bialy!”

In her own words, the evening is also about “the songs that I love, written by people who I love.” Through their words and music, she pays tribute to her friends Alan & Marilyn Bergman (“Nice ‘n’ Easy”/ “That Face”/ “The Way He Makes Me Feel”), Jule Styne (“Gypsy”/ “Funny Girl”) and Leonard Bernstein (“Make Our Garden Grow”/ “Somewhere”). She pays loving tribute to her friend Marvin Hamlisch, who passed away as she was preparing for the concert. Her sentimental rendition of “The Way We Were” featuring Hamlisch’s original movie score arrangement is heart-aching and life-affirming.

Among the many highlights of the evening, the first time ever pairing of Barbra and her son Jason Gould singing Irving Berlin’s “How Deep Is The Ocean,” had the audience in awe. Few could have imagined that Gould, an accomplished actor in his own right, also possessed his mother’s way with a song. Blended in harmony, their two voices combined are simply magic. Barbra also shares a special birthday video Jason made for her, which features his highly moving solo version of Nat King Cole’s “Nature Boy.”

Barbra also shares the stage for three songs with the extraordinary trumpet player, Chris Botti. Botti adds his instrumental sophistication to a medley of “What’ll I Do” and “My Funny Valentine.” Then he weaves in and around Barbra’s vocals on two of her own compositions from the soundtrack to “A Star Is Born”—“Lost Inside Of You” and the Academy Award-winning “Evergreen (Love Theme from “A Star Is Born).”

The DVD contains two standout bonus features—Jason Gould’s solo performance of the classic Leon Russell song, “This Masquerade,” and a documentary entitled “I Remember Barbra,” featuring interviews and anecdotes with people who either knew or remembered Barbra as she was growing up in Brooklyn.

With the CD, DVD and Deluxe CD/DVD, Barbra achieves yet another career milestone and proves along the way that you can take the girl out of Brooklyn, but you can’t take Brooklyn out of the girl.

“Barbra Streisand: Back to Brooklyn” will also air on Great Performances on Friday, November 29 at 9 p.m. (check local listings) as part of the PBS Arts Fall Festival.