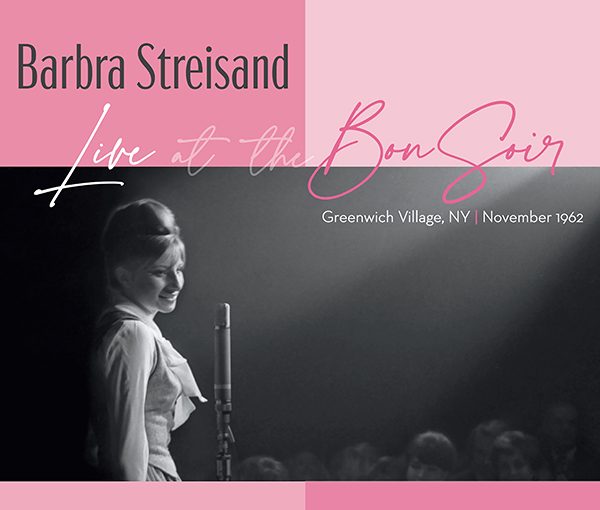 With new mixes supervised by Barbra Streisand and Grammy Award-winning engineer Jochem van der Saag, listeners are able to experience what it was like to witness 20-year old Streisand at the dawn of her unparalleled career. Recorded in a tiny Greenwich Village nightclub on November 4, 5 and 6, 1962 (just weeks after Streisand inked her first record deal with Columbia on October 1), Live At The Bon Soir was originally intended to be Barbra’s debut album for the label.

With the release of Live At The Bon Soir, Columbia Records celebrates Barbra Streisand’s 60th anniversary with the label. She is the only artist — solo or group — to have charted #1 albums across six consecutive decades (60s, 70s, 80s, 90s, 2000s, 2010s).