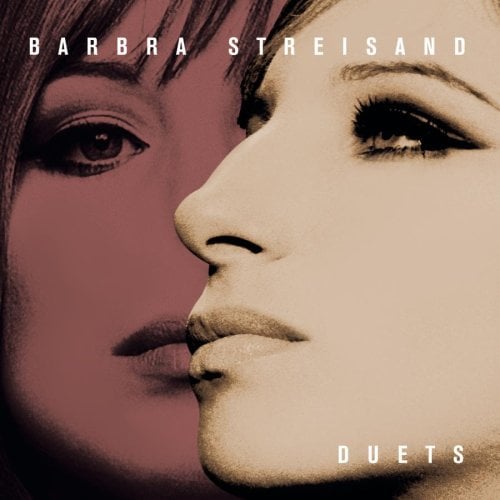 Even in the face of epochal success, it’s tempting to ponder what Barbra Streisand might have accomplished had she not spread herself across so many diverse entertainment media; so much ambition, so little time. This collection of 19 Streisand duets chronicles collaborations with Frank Sinatra and Judy Garland at one end of the scale and Don Johnson at the other. It finds the singer dabbling–if, as her bluesy miscue with Ray Charles on “Crying Time” argues, not necessarily triumphing–in styles she largely eschewed elsewhere in her career. Still, her unlikely collaborations with Barry Gibb (“Guilty,” “What Kind of Fool”) and Donna Summer (“No More Tears (Enough Is Enough”) during the disco era scored her some of the biggest successes of her career, ample proof that with the right chemistry, Streisand could be as powerful a pop music chameleon as she was a diva. New recordings with veteran Barry Manilow (the warm, low-key “I Won’t Be the One to Let You Go”) and Josh Groban (David Foster’s overwrought “All I Know of Love”) supplement recordings that stretch from the ’60s kitsch-a-go-go of Harold Arlen’s “Ding-Dong! The Witch Is Dead” across five decades of Streisand’s unparalleled career. –Jerry McCulley